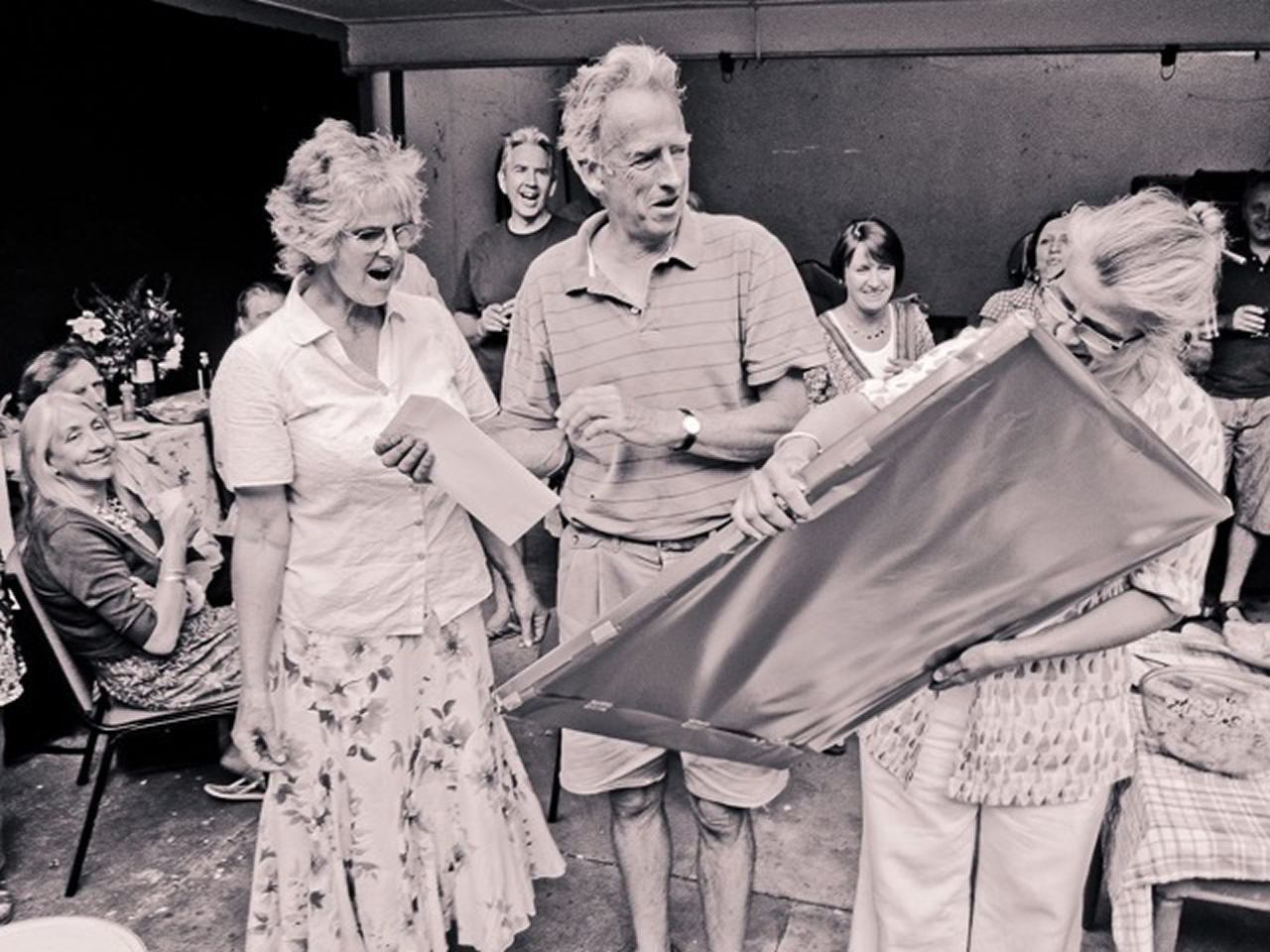 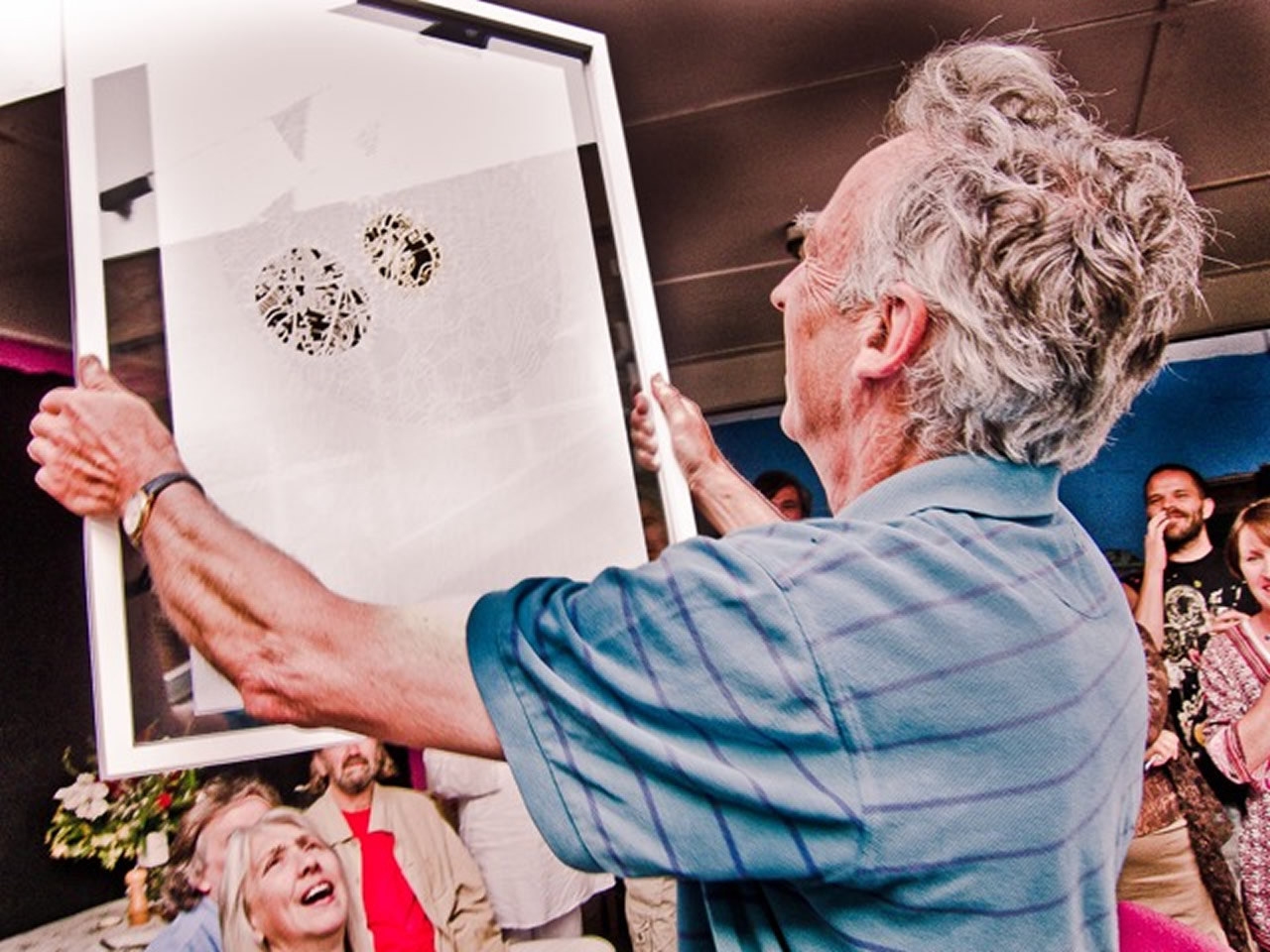 At the turn of the 20th century the “Fun Factory”, as it was then known, was home to Fred Karno’s Vaudeville theatre group. Charlie Chaplin and Stan Laurel, two of Karno’s most notable performers would have spent many hours there rehearsing. The Music Hall Guild of Great Britain and America recently fixed a commemorative blue plaque next to the main door to remember the comedy impresario Fred Karno.

In 1985 Noel and Margy bought the building with the artist community in mind. Clockwork Studios currently houses over 20 diverse independent art business. The image to the left is Clockwork Studios’ 25th anniversary party. Noel Perkins is pictured receiving the studios gift from all the current tenants, a specially commissioned artwork from Margaret Proudfoot, a paper sculpture showing the location of the studio, using a clockwork motif. 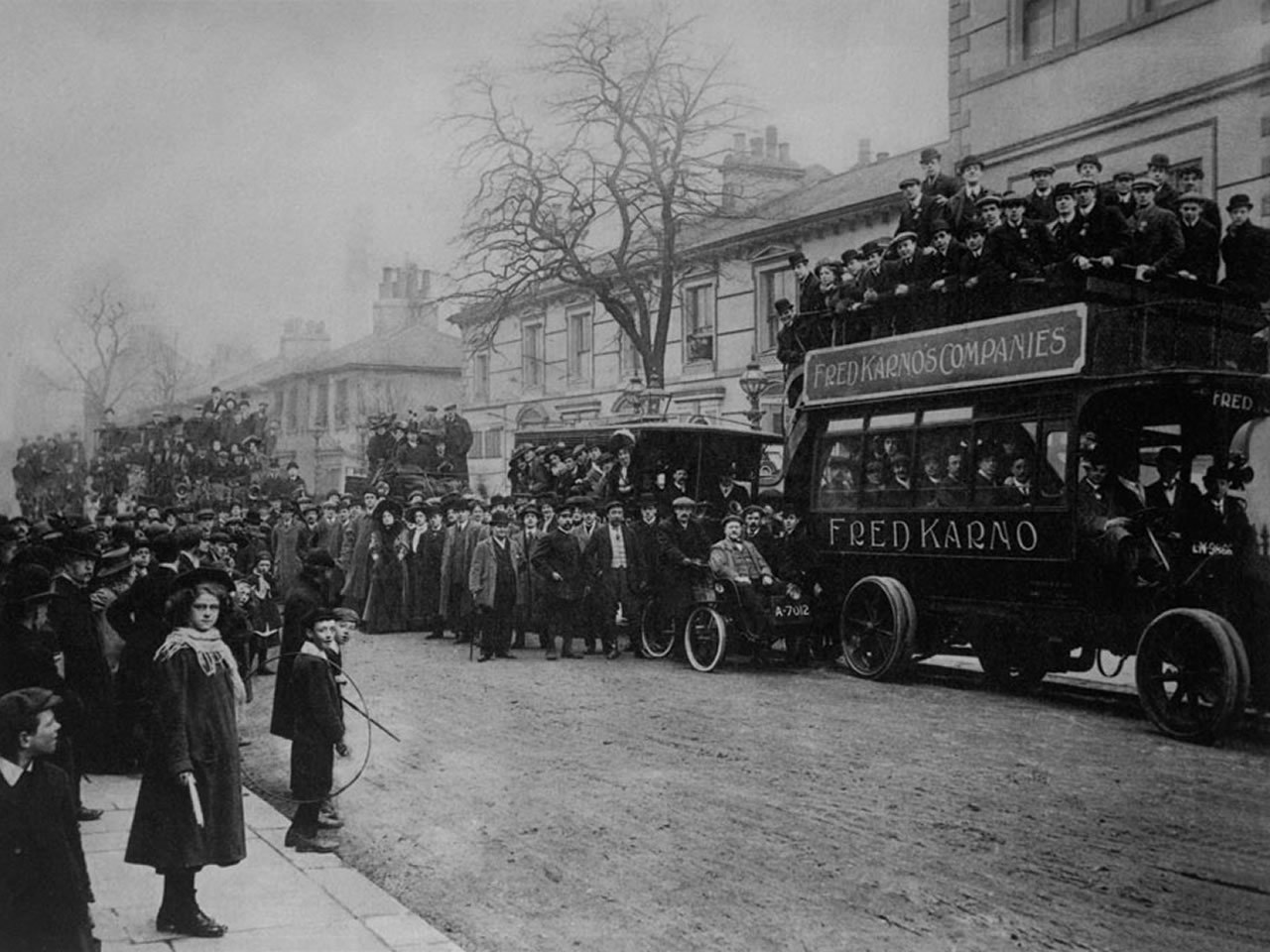 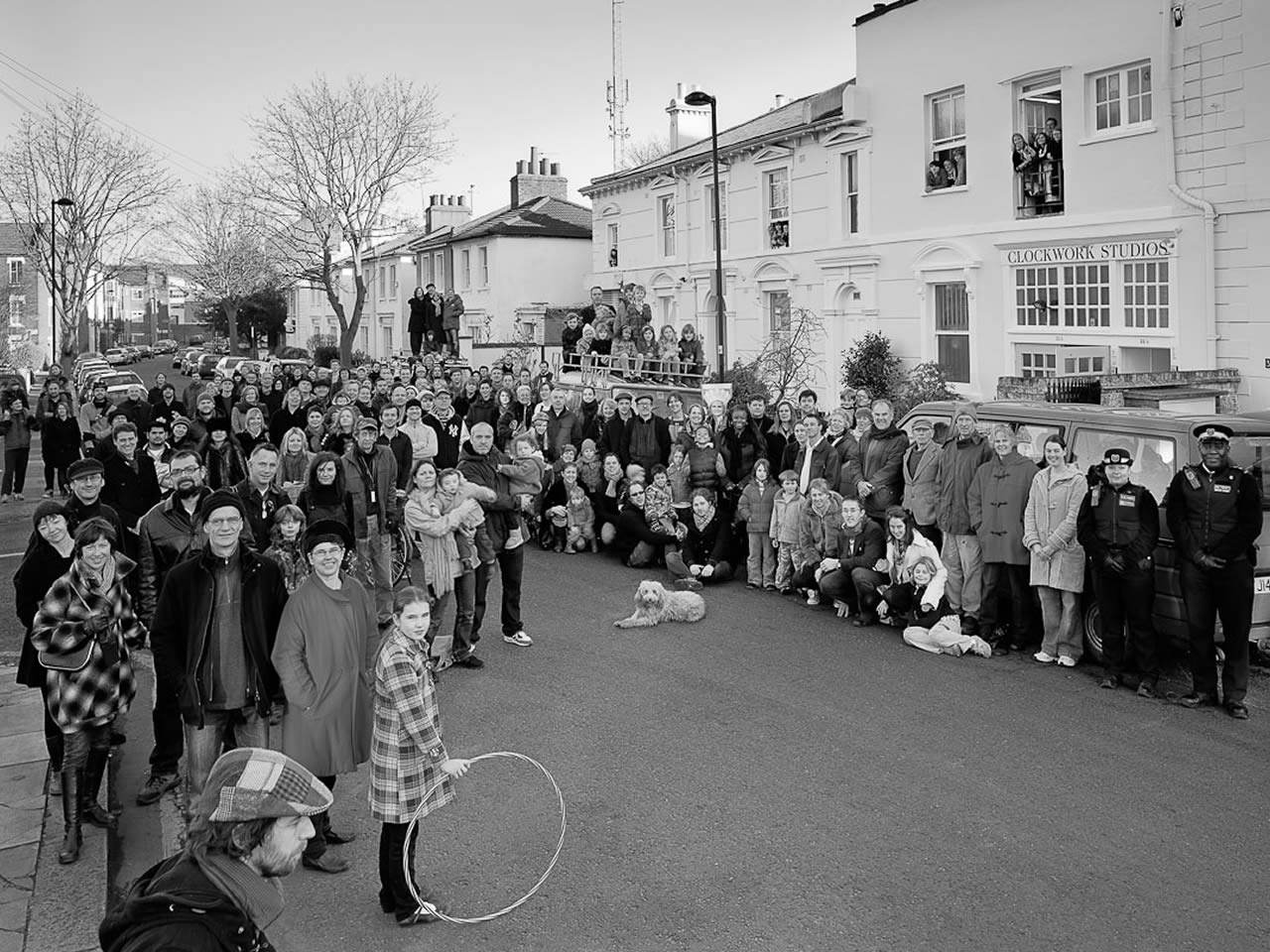